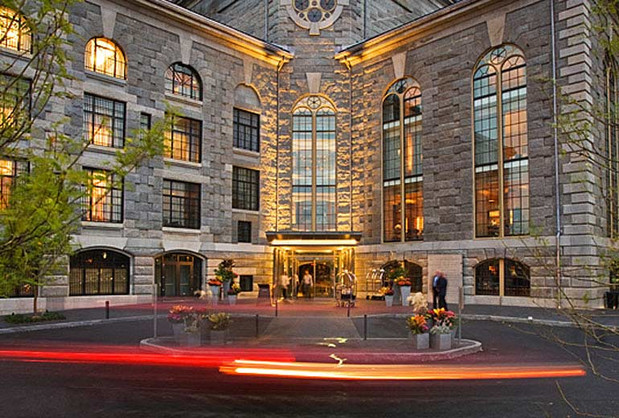 If you are looking to add a slight vintage appeal to your travel experience, then it will be wise booking a historic hotel in Boston Massachusetts. With these historic hotels, you will be able to take a tour to another time era and still benefit from modern amenities as well as move around the wonderful architecture and distinctive ambiance that a historic hotel has to give. Historic hotels are also good scenes for romantic getaways and weddings as well. They are also known to be small but more intimate. Many historic hotels in Boston are located in the proximity of historic landmarks and attraction sites.

Below are some top historic hotels found in Boston Massachusetts:

It is a historic luxury hotel located in downtown Boston, a selected National Architecture Landmark. It features a simple, customary design with unique cornices and red half-dome gold canopies as the only distinguished ornamentation. Inside you will find the 18th-century English design handcrafted cherry wood furniture, striped wallpapers, gold accents and unique patterns found in various common rooms. Some rooms also have marble bathrooms as well as flat screen televisions.

The Langham Hotel Boston has many large social spaces which include reserve restaurant, marble halls, and champagne lounge. It also has a room towards the back of the entrance which provides a place where you can relax. The hotel is also centrally located and is within walking distance to many restaurants, shops and also the Boston waterfront. Langham Hotel also features a modern spa which has a heated indoor pool as well as free cab service. All rooms have a coffeemaker, a dock wave music system, fast and reliable free Wi-Fi as well as impeccable bathrooms.

The Liberty Hotel is located in the area neighboring Beacon Hill. It still sits in a granite structure which was then the Charles Street Jail. It was reopened in the year 2007 as the Liberty Hotel. In the year 2016, the hotel was further modernized resulting to a stunning and striking hotel featuring 298 well-designed rooms. It has kept some jail iron bars which have now become some of the hotel’s décor. The hotel has main restaurants and bars which are not only the stopover for many people who are staying in the hotel but also as a destination for them.

The hotel is only a 10-minute drive to Havard Square, Fenway Park and Harvard University too. It also offers movement services to the Logan International which is only 15 minutes drive away. The hotel features stylish, elegant rooms with cowed jail premise as well as fashionable amenities. The rooms also feature luxury beds, free Wi-Fi, safes, flat screen televisions, and clean bathrooms with soaking tubs. You will also be provided with daily service.

It was built in the year 1900 with a Beaux Arts Style and being one of Boston’s historic properties. It is located in the Back Bay of Boston. The hotel has got a classic and modern design compared to the previous century. The lobby has been decorated using marble floors, stunning lamps, expensive wood furnishing, leather seating and wingback chairs making the hotel luxurious and stylish. The hotel also has an Irish Pub, a City Bar which acts as the hotel’s key social space, and three dining outlets. The hotel is only a few minutes’ walk from many shops, restaurants, tourist attractions as well as Boston Public Library. For commuters, the hotel is one block from Copley T stop. Its rooms are classic having mini fridges as well as other modern amenities found in many high-class hotels. There are also dining rooms and cocktail lounge in the hotel

It was first opened in the year 2012 with 383 storey rooms. The lobby is 5,000 square feet with coffered ceilings and mosaic tiled flooring. It has an Oak bar together with a kitchen restaurant which offers a variety of foods. The room rates are reasonable and affordable compared to other hotels. The seating area is covered with jewel couches as well as armchairs which are well organized to give the guests the privacy they deserve. The hotel is located on Copley Square.

The hotel has spacious rooms which have Art Deco elegance. There are also restaurants, fitness centers and club levels with gatekeepers. You will also find a library with a collection of DVDs and books, free Wi-Fi and breakfast is also available and a small business center as well located on the ground floor.

You will love these stylish hotels with the different services provided, therefore don’t hesitate to visit these historic hotels when you get to Boston.

We have all the information you need for your stay in Boston. We have reviews and suggestions for the best Boston Hotels, Resorts, Restaurants and Entertainment.